Well the little fuzz balls are five days old now and neither Jim nor I have been able to get near the kittens. Mama Midnight has turned into a fierce guardian and she hisses and spits and makes advancing motions when we try to even look at them! I decided we just have to let these hormones take their course despite the fact that I’m DYING TO GET MY HANDS ON THEM! And then… 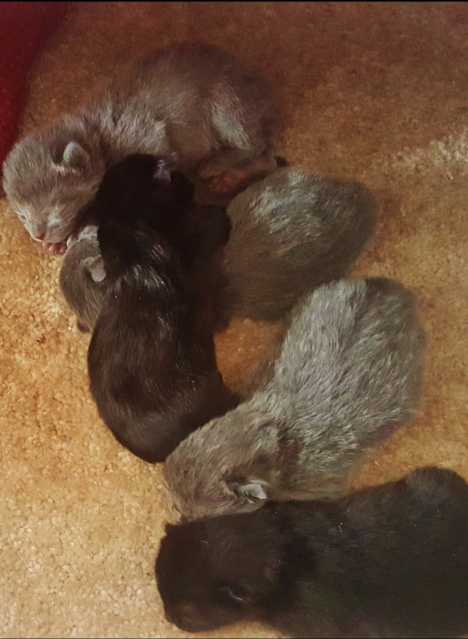 A very persistent little girl decided to take her chances with this wild cat and she begged to come see the babies. I agreed, but only if her dad came too and stood guard in case she was in danger of being mauled by a tiny black panther. 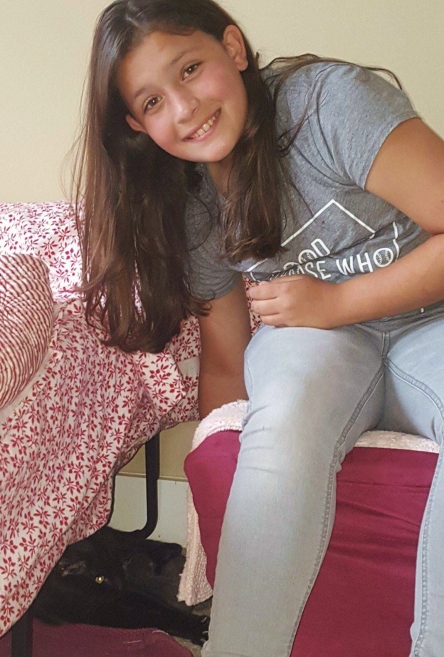 This 10 year old cat whisperer was able to not only pet Midnight, but she was allowed to touch her tiny babies too! Her dad, Robert and I watched in wonder. Midnight didn’t hiss or make any aggressive moves toward her at all. Robert tried to pet her and she did hiss at him. I went back downstairs and let Victoria and her dad spend some more time with the kitties. As soon as I got downstairs he sent me THIS!

Do you like my baby Miss Victoria? Aren’t they nice?

This was so amazing to me. Midnight just let her hold her baby while she smelled him and purred. She seemed so proud to show them to her friend. I’m still not allowing folks up to the room to visit the babies yet. It’s too dangerous to let little kids around a protective mama just yet. Victoria does seem to be the exception however. 🙂

Two hours after Robert and Victoria left I went upstairs to give Midnight her evening soft cat food. She tried to take my eyeballs out of their sockets. Grrrrrrrrr…