Buster is nine years old. Bunnies usually live to be around ten, so we weren’t surprised when he began to have “old man” problems. For a couple of years, he has slowed down in his rambunctiousness in the yard. He’s gotten a bit gray around the face and his appetite has dwindled from what it was in his youth. He also makes “old man” noises now. (So does Jim) But lately Buster has actually been quite sick on top of being old, and Jim and I are making efforts to get him well and keep him comfortable.

It started with the sniffles and some weight loss. We took him to see Dr. Glasscock as soon as we saw these symptoms. 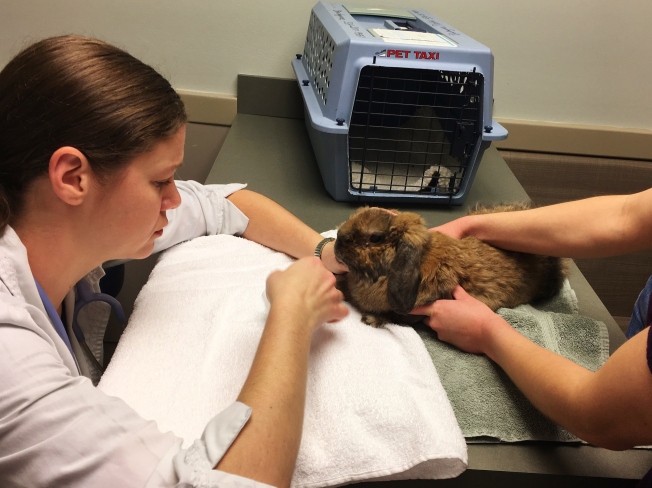 She gave him a thorough exam including poking his tummy to see if he had internal problems. 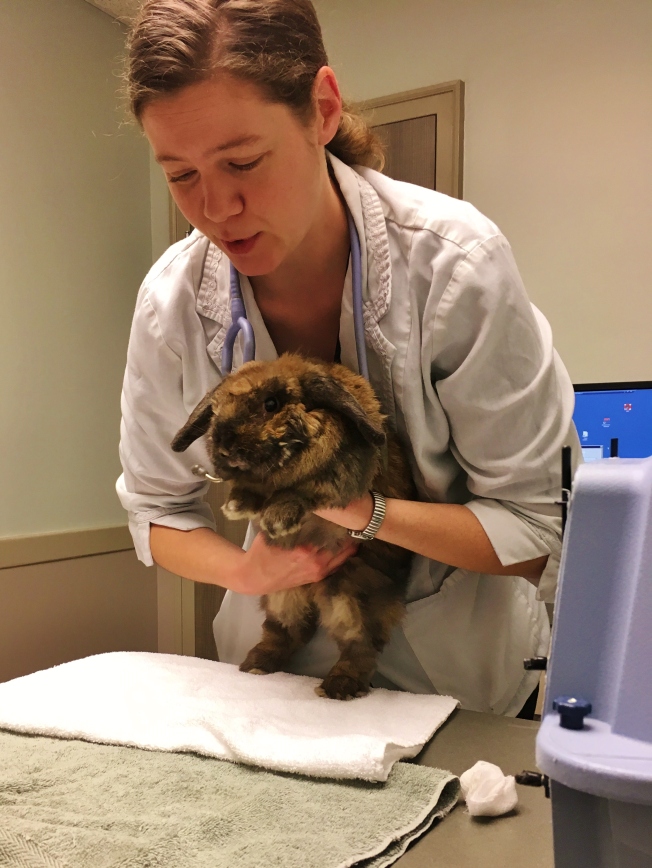 She put him on an antibiotic to clear up his sinus infection and a probiotic to keep his digestive tract moving. As you can imagine he HATES this. I have to wrap his little body in a towel while Jim administers the meds. Other than that, Dr. G said to keep him quiet and comfortable and give him lots of affection.

We do this anyway. 🙂

Things got worse from there. He completed the course of antibiotics and his cold/sinus infection seemed better, but then he started having equilibrium problems (falling over, stumbling when he hopped, etc.) and he completely stopped eating pellets and hay. He also, quit using his litter box altogether since he couldn’t balance enough to get in it. So we went back to Dr. G.

This time she gave him an X-ray. She didn’t even have to sedate him since he was too weak to struggle. She checked for internal issues, especially his teeth which can become ingrown cause serious pain for bunnies. She saw nothing of concern on the X-ray but she found he had lost a half pound since his last visit. She instructed us on how to grind his pellets and mix them with apple juice and force feed him. She put him on a different antibiotic and continued probiotic.

She wanted us to try to let him have some exercise in the yard to help his digestion. (he basically stopped pooping, sorry, TMI?) 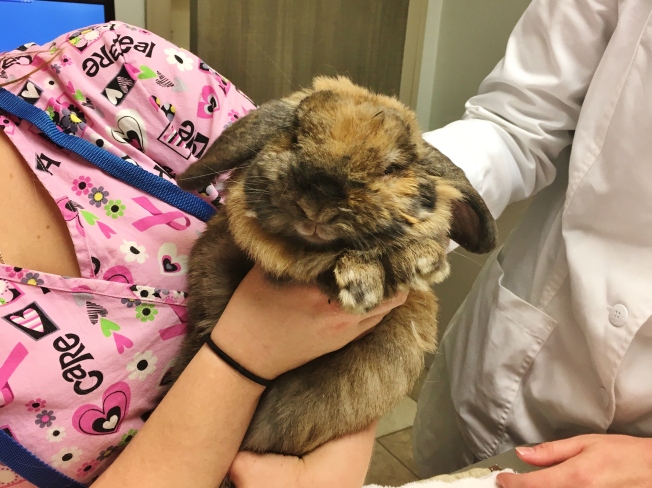 Jim fixed up our office for the bunny ICU. There’s more room in there, plus the kitties like hanging out with him here. 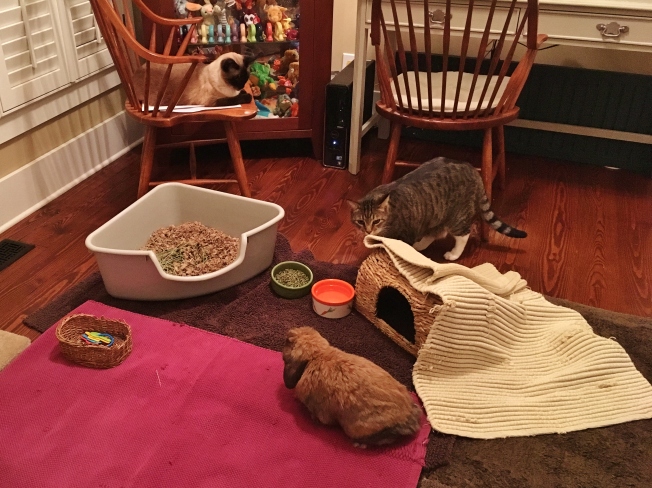 Despite our efforts, he’s not gaining weight and he seems unable to eat anything but very soft, fresh herbs and small pieces of fruit. He does NOT seem to be in any pain, and we both feel like he still has a good quality of life. When the time comes to let him go, we will. It will be very sad, but we are well versed in this area, and will do what needs to be done for our sweet little guy. We’ve had him since he was a baby and he has enriched our lives immeasurably. In the meantime, Buster remains the most pampered wabbit on the planet. Dr. G gave him a very nice massage before we left her office, and as you can see from this short video, Buster was in Heaven. 🙂

10 thoughts on “Buster Under the Weather”