I had feelers out all over creation to find a good home for Webster & Winnie.  Several well-meaning peeps offered their ponds or lakes for a duck domicile, but nothing was a good fit. They’re technically still youngsters, not wise to the world, and I really wanted them to live near a human being who not only had a body of water, but someone who loved animals and would be nearby for some supervision while they got their “feet wet” so to speak. 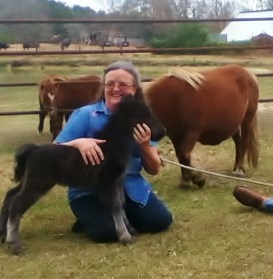 Brenda & I are old friends and I actually did a blog post on her and her animals way back in December of 2012. Go here to see it.

I actually asked her if she could take my ducks (very obnoxious of me right?) and she immediately responded that she would indeed take them because she has ducks of her own, but that I needed to realize that her animals were “country” animals, not pampered suburban (my words) critters. I knew just what she meant. My ducks could live on her pond with her other ducks and many animals but that I needed to know that she wasn’t going to fuss with them like I do. Fair enough Brenda. You are wise and wonderful. I gratefully accepted her offer and took my little quackers to her farm in Troy, AL.

Here is their entry into their new country kingdom.

I got a slug Winnie! What’d you get?

They were tentative at first, but then got the idea that a pond has lots of tasty treats in it unlike their old kiddy pool.

I can’t even find a tadpole in here Webster!

Brenda has two mature ducks who have lived in her pond for years and they were not too happy to see new residents. Mr. Mallard and his wife chased them out of the pond twice while I was there, but Brenda assured me that things would settle down eventually and all would become pals.

EXCUSE ME! Can I see your amenity pass???

Brenda has horses and chickens and probably lions & tigers & bears as far as I know.

She’s great with animals and people too and is one of the very few females that I actually enjoy hanging with. (It’s a short list, I’m kind of a social hermit).

I’ve had a couple of updates since the relocation operation and although they are still being babies and trying to hang out next to Brenda’s house, she has enlisted the help of her grandchildren to make the ducks feel welcome and part of the family. Being involved in animal rescue has introduced me to so many wonderful women I would otherwise never have known. I am so grateful to them for their help, advice and friendship. OK, on to the next adventure. Deb out. 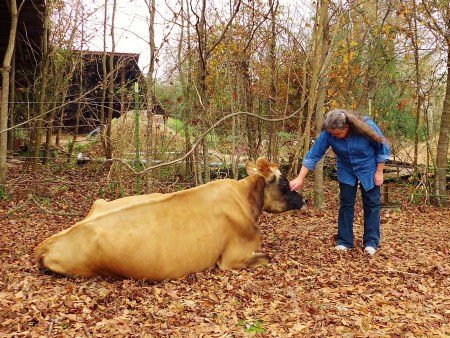