Most readers know I throw a birthday party for Buster every year.  I invite some friends and neighbors who come for food, libation and carrot cake some time in October.  I live in a very accepting and free-thinking place where it is not unusual for grown women to throw birthday parties for bunnies; so I’m not ridiculed (at least to my face) for my eccentric behavior; and in fact, I’m even able to coax my guests in to singing HAPPY BIRTHDAY to a little brown bunny with floppy ears. (NOW who’s eccentric?)

Thanks to Miss Shirley at Earth Fare for another fabulously delicious cake!!!

The list has grown from a handful of folks to about 25, and this year we had a very good turnout.  Here are some great photos of some of the nicest folks you’d ever want to live near: 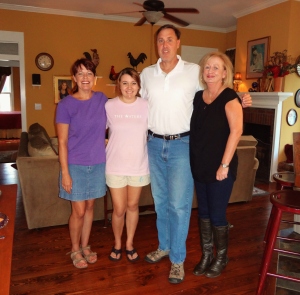 Whenever cake is involved you can expect Tama & Company to be the first to arrive! 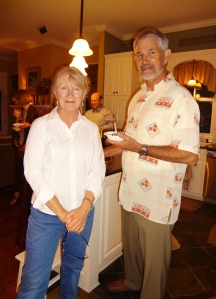 Marcie & Bill. He’s my dentist too! No I’m not flossing as regularly as I should. 😦 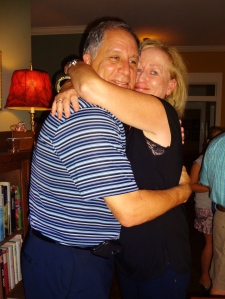 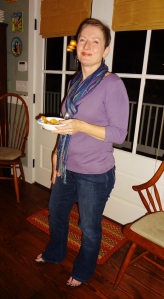 Renay! She doesn’t live in the ‘hood anymore, but she’s a Buster fan from way back and he would never have a party without her! 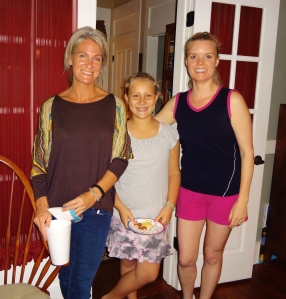 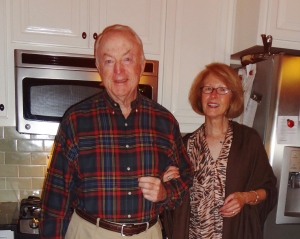 Irl & Martha–my new next door neighbors in about 30 days! (They seem to be OK with folks who throw parties for bunnies)

Mike & Sue. I’d call him the kissing bandit, but he only has eyes for one victim.

So a good time was had by all and we had lots of food and wine left over (What’s up with that guys?)  Since the lifespan for spoiled indoor bunnies is around 10-12 years, The B’Man has officially reached middle age.

Looks real good on you dude. 🙂

Hope everyone has a fun Halloween!  Stay safe and don’t get too skeered!

When you see this on a regular basis NOTHING scares you!