Once again, I wish to thank my pal G.T. for hauling my coop to yet another location.  I was pleased to be the instigator of a long-overdue reunion between two high school classmates.

The still dashing point guard and running back of the Macon Academy football team, circa 1976!

Debbie’s chickens were a little upset at the invasion of some rogue cows on their property.  Debbie and Walter had no idea where they came from.  They were docile but curious.  Jim grew up a city boy and has actually never been in close proximity to members of the bovine persuasion.  His reaction when he saw them…”HOLY COW!”  I kid you not. 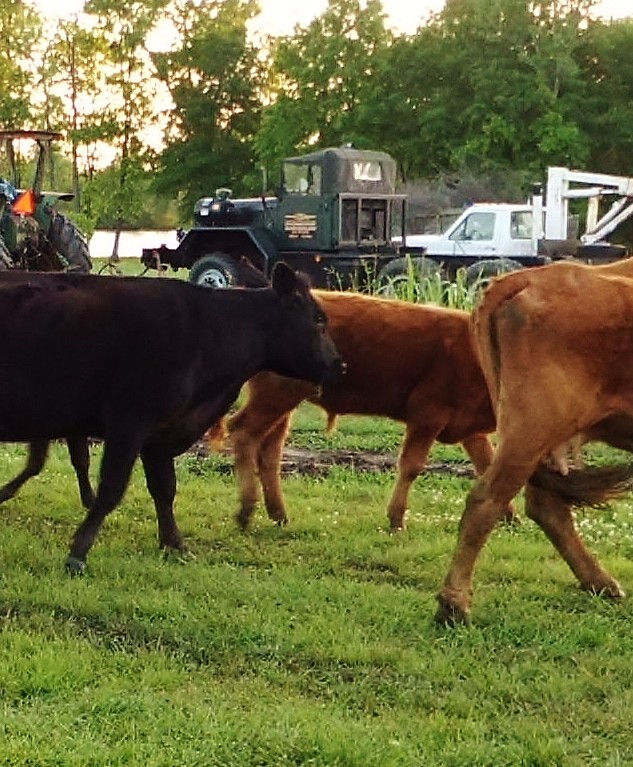 G.T.’s girlfreind, Lee came along for the fun and the humans stood around reminiscing and catching up on the past 35 years. 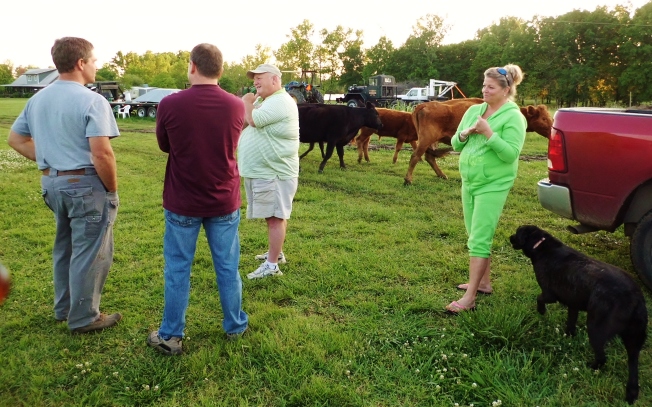 Debbie & I were busy situating the chickens to their new environment.  The girls will stay in the safety of their coop for a few days while Debbie’s gang sniffs around and gets to know the new tenants.  I showed her the bells and whistles of the coop and then we scattered some chicken treats to get her girls in for the night.  Her beautiful Sumatran Rooster has been aggressive recently.  He’s attacked both Debbie and Walter on the elbow.  Walter says he’s initiated the “three strikes rule” and if it happens again, Mr. Fancy is gonna become someone’s dinner.

Upper right...three strikes you're out, Buddy!

As the sun began to set, my girls shuffled around in their coop seemingly unaware that they had a new home.  Rosie, Daisy & Violet are really going to love it at Debbie’s house. 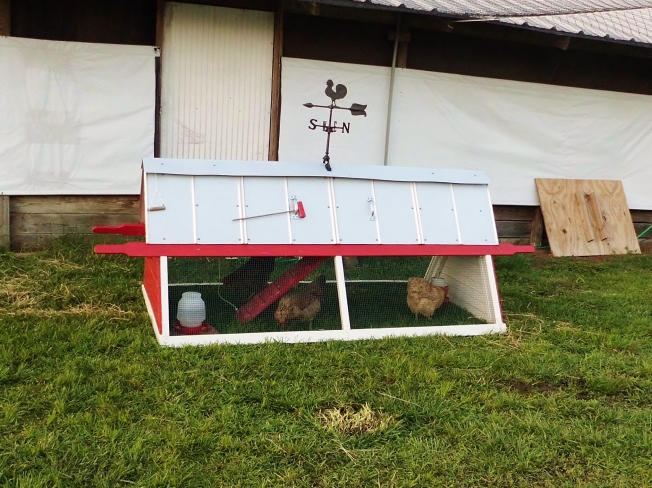 We said a quick HOWDY to Miss Scarlet.  She had already put herself to bed and was high on her roost.  The girl has doubled in size and will soon have 22 new little cheeping roommates.  I’m happy to have such a generous and kind friend to take my sweet birds.  Thank you so much Debbie!

All the really cool chicks are named Debbie.

Thanks for checking in and I hope all have a beautiful Easter weekend!